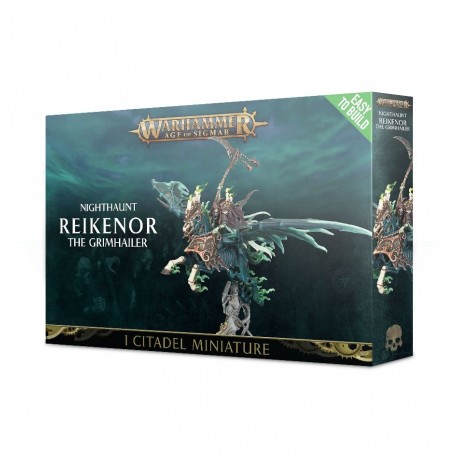 Once a sorcerer-king rich in the knowledge of amethyst magic, Reikenor ran afoul of Nagash. Now, in undeath, the Grimhailer is cursed to serve the Great Necromancer, acting as his chief reaper of souls. There are few sights more ominous than the macabre wraith-wizard atop his winged steed, lit by the eerie light of his corpse candles. Through his incantations, Reikenor can summon a wraithstorm – a cyclone of amethyst magic that stirs those souls recently separated from their bodies. His spell incites them to savagely attack their former comrades, a hurricane that hacks and pulls down the living; thus is a dark vengeance delivered to those who would thwart Nagash. Designed to be as easy as possible to assemble for new hobbyists while being detailed enough for the hardiest veteran to appreciate, this kit assembles Reikenor the Grimhailer, mounted on his steed, the Nightmare Kyallaron. Push-fit, with no glue required, this kit is incredibly straightforward to put together and comes on pre-coloured turquoise plastic. Reikenor the Grimhailer is an impressively aggressive-looking and sinister Nighthaunt miniature. His ethereal form is clad in a tattered cloak, beneath which is visible a skeletal mask, and thin arms grasping his weapon – a great scythe known as Fellreaper, which features a grave-sand filled hourglass hanging from a chain – and the reins of his mount, a winged Nightmare named Kyallaron. This steed is magnificent, despite its necrotic status – large, tattered wings sprout from its back, and on the whole it has the appearance of impressively muscular power, even with its ribs visible and its legs being nothing more than bone. Its armoured helm is covered in dripping corpse candles, as is Reikenor’s, and the whole miniature is depicted swooping low over a graveyard scene, a sinister winged skeleton statue providing the support. This kit comes as 11 components, and is supplied with a Citadel 75mm Oval scenic base. 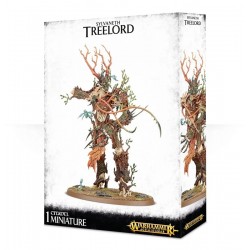 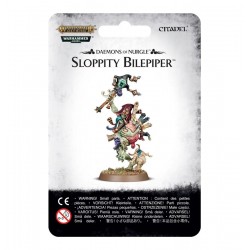 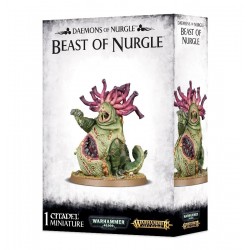 Daemons Of Nurgle Beast Of Nurgle 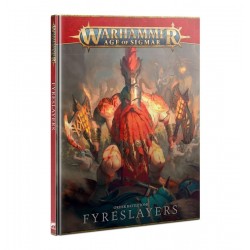 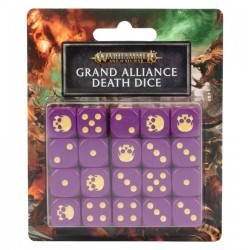 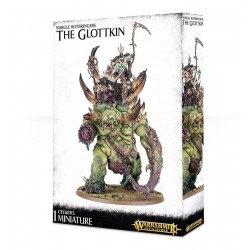 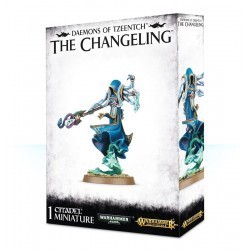 Daemons of Tzeentch The Changeling 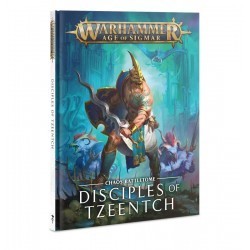 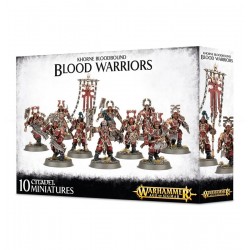